Most kids aren’t big on “sour” and won’t enjoy it until their taste buds mature. Sour, like pickles and olives for example. However, I’m half Polish and half Finnish (this was recently verified by the genomic testing company “23 & Me,” which is another story for another day) and I grew up with olive and relish trays. Start ‘em young and they won’t complain later…

I’m a big fan of quick pickling. The sort of picking that can be made in one day and eaten the next, and the kind that doesn’t require laborious jarring processes or special equipment. And really, you can pickle just about any vegetable and many fruits that happen to be in season. But the type of vinegar, the amount of sugar and heat/no heat play important roles and vary greatly depending on what you’re pickling.

The act of picking, killing bacteria through a vinegar brine solution, extends the life of a vegetable for up to a month in the refrigerator if it’s covered in the brining solution. It’s a great technique to prolong some of your favorite vegetables when they go out of season, or to alter their tastes through the herbs, spices, and brine you use. 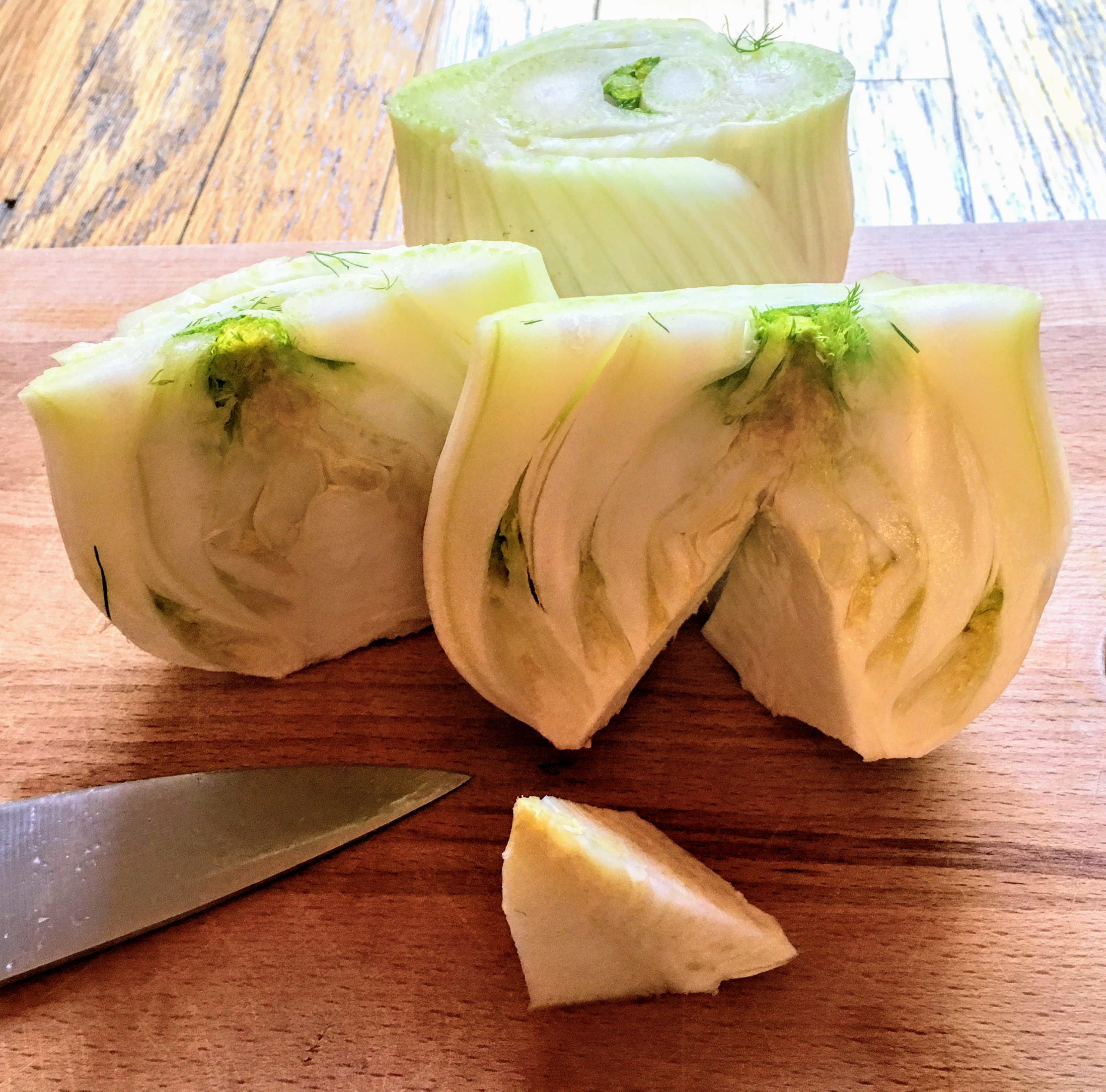 For our first pickle excursion, I present the fine fennel bulb. Eaten raw, it has a crisp licorice taste. A definite palette cleanser. Cooked (roasted, braised), fennel bulb is mellow, sweet and almost creamy in texture. But pickled fennel has its own unique flavor. Still crunchy, less licorice-y, and exotic. 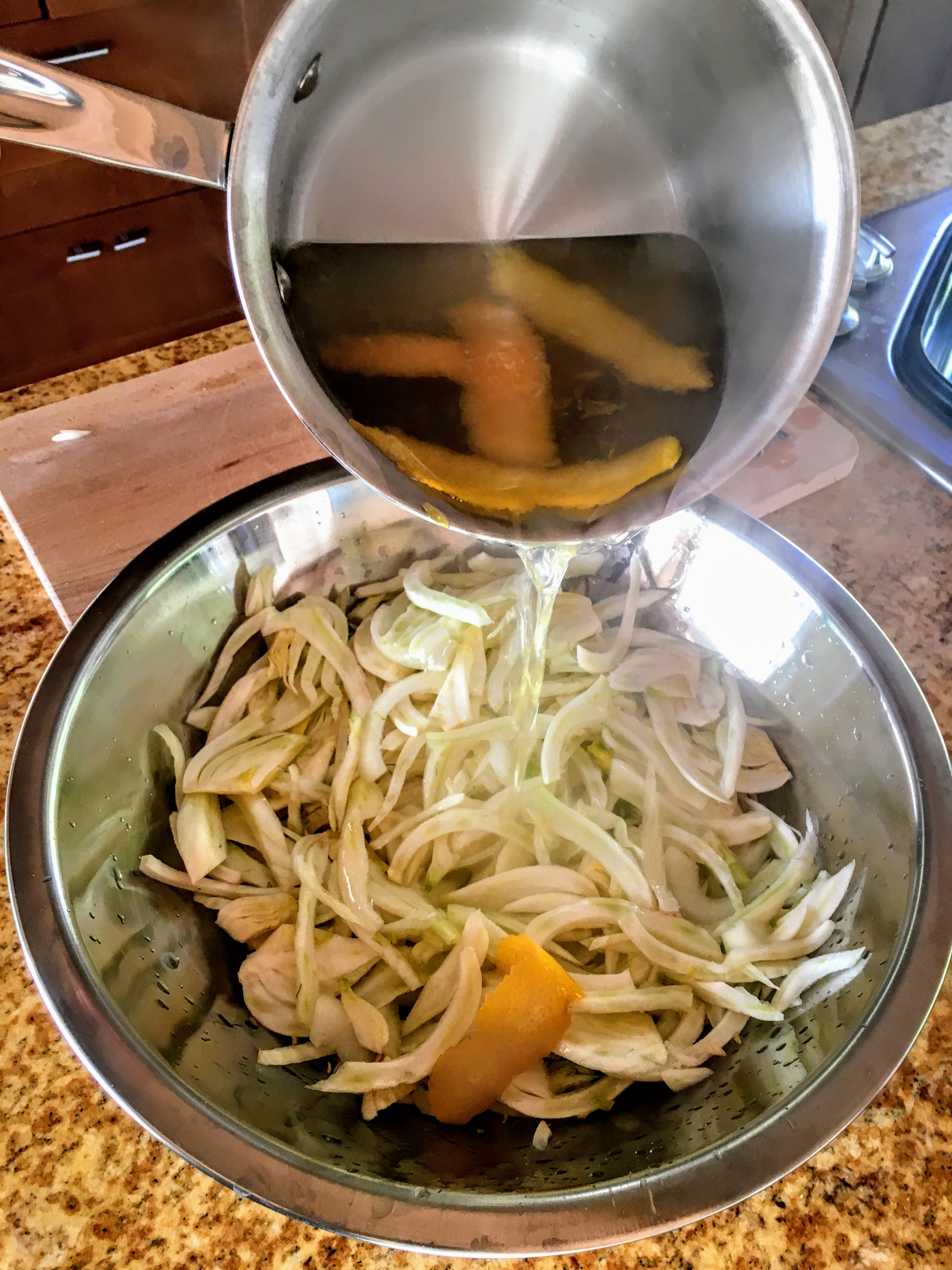 Note: You may use the two types of vinegar listed here, or use 2 cups of either. I like the balance of using both but it’s up to you and your preference. Do not use plain white vinegar, as it’s too harsh. Using these naturally sweet vinegars, plus the orange juice adds enough sweetness to tame the vinegar without having to add in extra sugar.